I’m often asked if my North Carolina Waterfalls book includes every waterfall I know about in the state. Not even close! I’m constantly learning about new waterfalls, so I could only include all of the ones I know about at the exact time of publication. But I also purposely left out a number of waterfalls from the book that I’ve known about for quite some time.

I chose to leave out waterfalls for various reasons. Mostly, it was because at the time I discovered them, they were so pristine I wanted them to remain that way as long as possible. Many of them are also very fragile, with healthy spray cliff natural communities that should not be disturbed. And a few have grottos that support various species of flora and fauna. At one, I discovered a bat roosting on the rock overhang behind the waterfall!

Admittedly, another reason I chose to omit certain waterfalls from the book is because I felt a connection to them that would be lost if I exposed them to the masses. I suppose I was being selfish. But the beauty of writing your own book is that you can include or exclude whatever you want. I harbor no illusions that all of these waterfalls will remain unknown to the waterfalling world forever. In fact, people have already exposed some of them on Facebook. But at least my conscious is clear.

I have several “Secret” waterfalls I want to show you on this page. It will take me a little while to get them all uploaded, but I’ll start with one. You may wonder why I’m showing you any of them. If I didn’t want them in my book, why would I want them on my website? First, by exposing them here (without providing any location information, of course) I’m hoping that those who discover them on their own may also choose to keep them under the radar. Second, I want to establish the legitimacy of their names. I discovered and named some of these falls years ago and I wouldn’t want anyone who stumbles upon them today to think they’ve found something unknown and unnamed. (Read the NC Waterfall Names page for more insight on how I feel about naming waterfalls.) Other people discovered and named some of these falls and I want to establish their legitimacy just as much as mine.

The final reason I’m showing them is because I’ve named some of these waterfalls in honor of people I love and who have meant a lot to me. I want to show them as a tribute.

As far as I know, none of these waterfalls have been documented and named prior to my discovery or by those who told me about the ones they discovered. Of course, some of the locals know about them, and hunters and fishers have no doubt visited them for generations. And loggers surely visited them during the logging era. But I did not see them presented to the public or named prior to my discovery of them.

When I first published this page, I included Patricia Falls and Lauren Falls. For various reasons, I’ve now provide detailed information for those waterfalls, so I’ve taken them off this page. 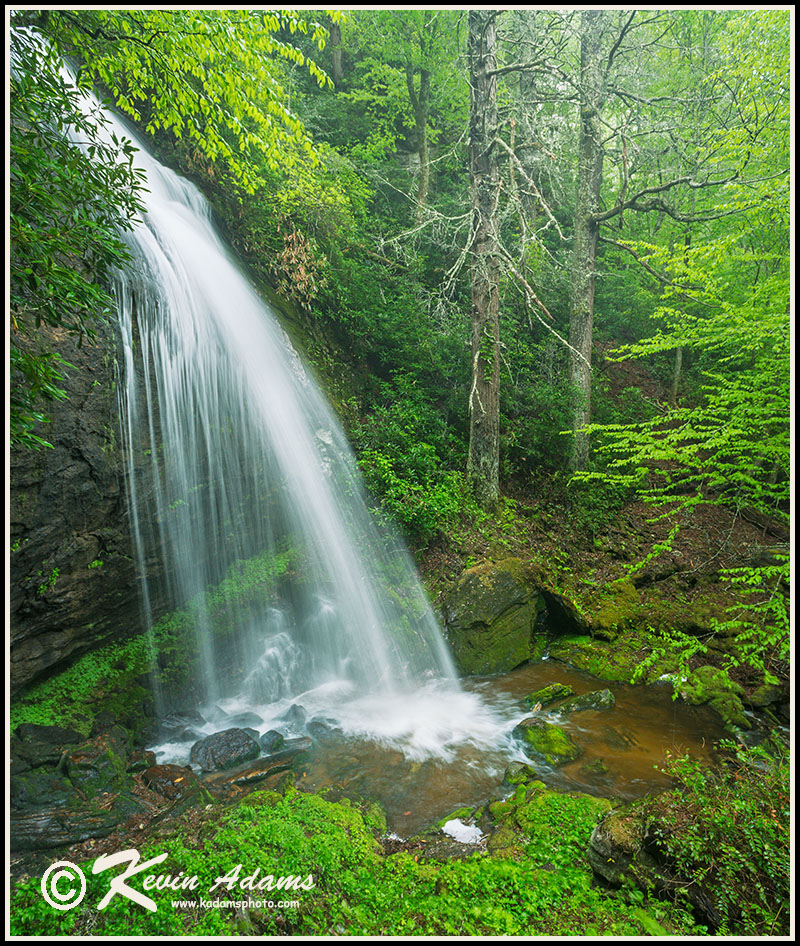 Loretta Falls honors the most special waterfaller of them all. My mother instilled the love and respect of waterfalls in me at a young age. Rich Stevenson and I discovered this waterfall on an exploratory hike. I shot this photo during a heavy rain using a Nikon D800 and Nikon 17-35mm lens at 17mm and a polarizing filter. Settings were f/8, 1/4 second, ISO 400.